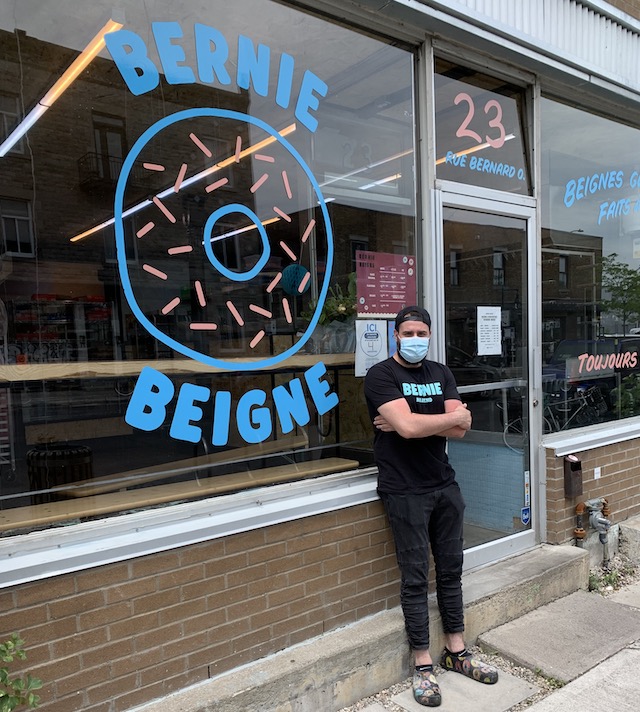 “It’s a no-frills neighborhood donut shop, reminiscent of the old-school Jewish and Greek bakeries of the day,” says Dean Giannarakis, when asked to describe his latest project. 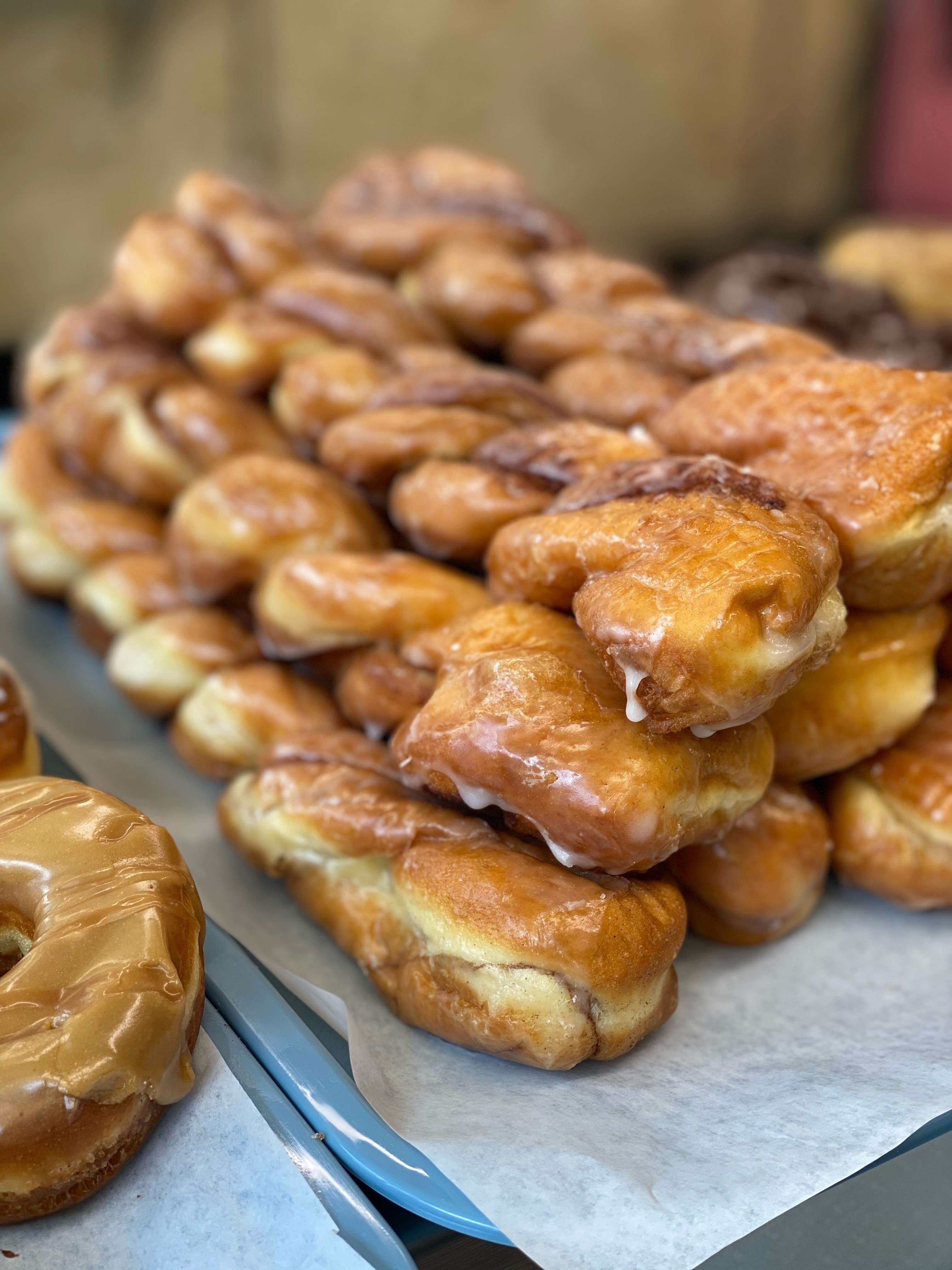 Bernie Beigne, an ode to both the street they call home and the name of the building’s former owner, has something for everyone. There are old-school classics, as well as modern and contemporary concoctions featuring everything from Fruit Loops, Kit-Kat chunks, and Oreos. All donuts are fresh, made in-house that very day, and can be seen hanging from the storefront window.

“A good donut is a feel-good food,” says Mr.  Giannarakis, the shop’s head chef. “It’s a guilty pleasure. You can be two years old or 82 years old, everyone leaves with a smile on their face.”

While this may be Mr. Giannarakis’ first foray into the pastry world, he is no stranger to the culinary field. He has spent the better part of his life in restaurant kitchens owned and operated by his father, aunt and uncle, from whom he credits his “old-school work ethic.”

Mr. Giannarakis also points to his time in the professional cooking culinary program at the St. Pius X Career Centre in 2014 as a catalyst behind his love of cooking.

“I honed my skills at Pius,” said Mr. Giannarakis, who also attended Dunrae Gardens Elementary in TMR and Royal West Academy in Montreal West. “It was very structured and professional. I learned all the techniques and the science behind cooking. It opened my eyes.”

Mr. Giannarakis still thinks back fondly on a national culinary competition he took part in while at Pius, which garnered him and the school a second-place overall finish.

“We were a team of three that headed to Toronto, accompanied by three chefs from the school,” recalls Mr. Giannarakis. “It was a Masterchef-style event with each group being given a different recipe. We made a chicken and waffles dish and paired it with a beer. One of the judges was a sommelier and he appreciated that. It was my first real taste of competition. It was a really great experience.”

Mr. Giannarakis is experiencing similar success with Bernie Beigne.  A total of 2,500 donuts were handed out to passers-by earlier this month, followed by a hugely successful Mother’s Day weekend sale and subsequent grand opening. Bernie Beigne’s Instagram page has also exploded, with over 4,000 followers to its credit. 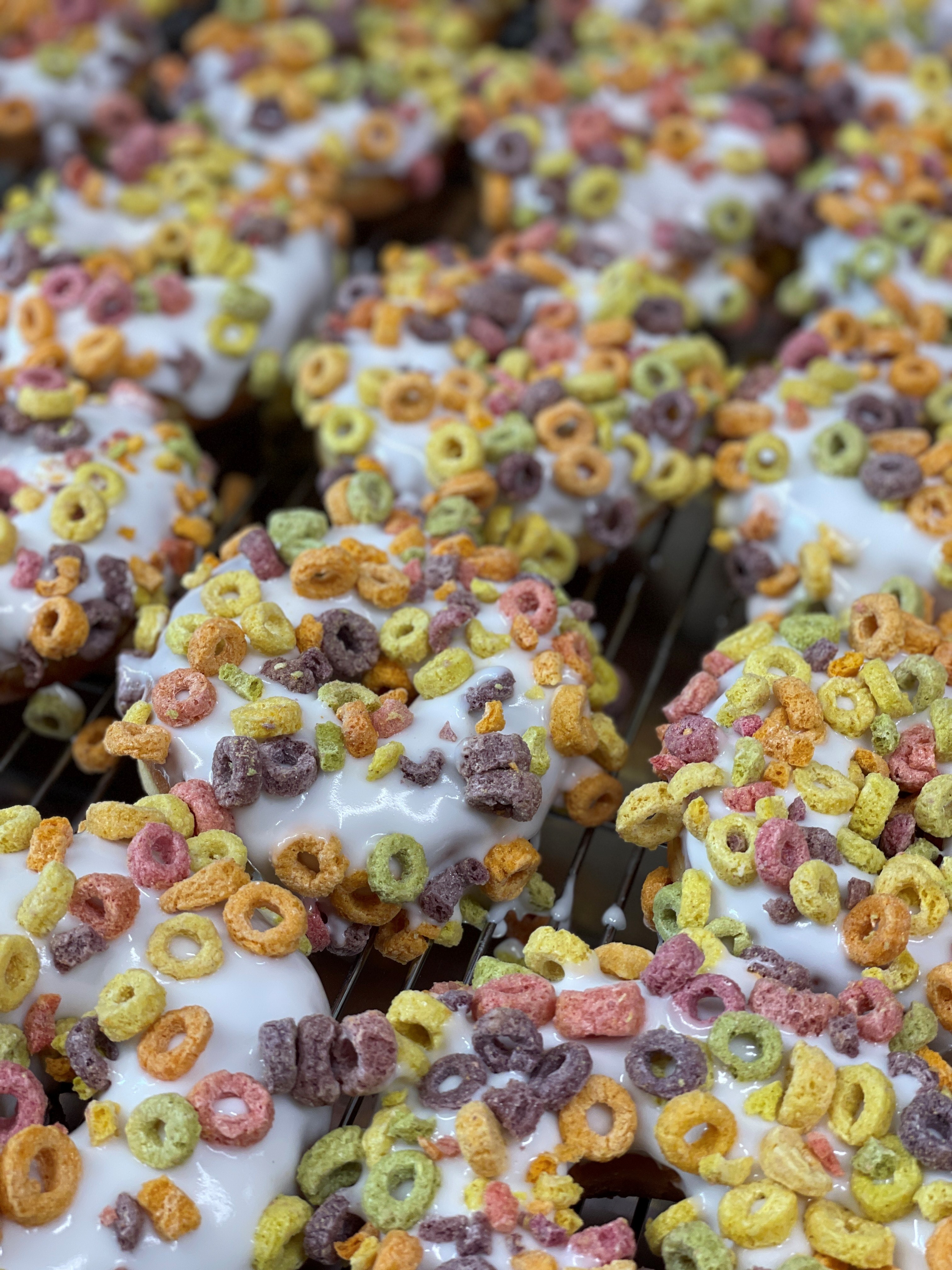 “The fact that it has been this busy and we have had such a positive response is really humbling,” said  Mr. Giannarakis. “To have a lineup each morning outside before you open is a sight to see. You look forward to going into work every day and making people happy.”

Amidst all the praise, Mr. Giannarakis has not forgotten about those less fortunate. Whenever there are leftover donuts at the end of the business day, Bernie Beigne brings them to the nearby Mile End Community Mission, so that the organization’s members can have something to enjoy with their morning coffee the next day.

It is all a way for Mr. Giannarakis to give back to the community in much the same fashion the EMSB did for him while he was a student.

Bernie Beigne is located at 23 Bernard St. Ouest (corner Clark) in the Mile End. The shop is opened Wednesdays to Sundays from 10 am- 6pm or until supplies last. You can follow them on Instagram at @berniebeigne.