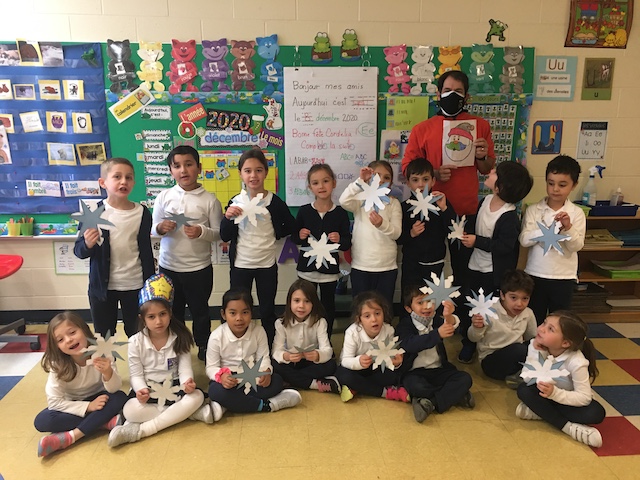 Students at four east-end EMSB schools have been busily preparing cards and holiday decorations for “Operation Rosie Cheeks Holiday Cards for Frontline Workers,” an initiative to bring some cheer to two Montreal-area hospitals.

East Hill Elementary School in Rivière des Prairies and Edward Murphy Elementary School in Hochelaga Maisonneuve, as well LINKS in Ahuntsic and John F. Kennedy High Schools in St. Michel  participated in making festive creations to hang in the elevator and in common areas on the sixth floor at the Hôpital Notre-Dame and in an area at the Jewish General Hospital.

The idea started in the fall and was promoted by Spiritual and Community Animator Rocco Speranza, who named the project “Rosie Cheeks” after Hôpital Notre-Dame’s head nurse Rosie. The idea was “to brighten up the days” of doctors, nurses, hospital staff and patients.

Mr. Speranza said he’s had positive feedback. An orderly with Hôpital Notre-Dame, Liliane, told him during the “heavy days” of the second wave of Covid-19, “it gives me a ray of sunshine and makes my day” when she sees the decorations on the wall. Another staff member, nurse Abdel said, “It makes me smile knowing that the kids are thinking of me.” 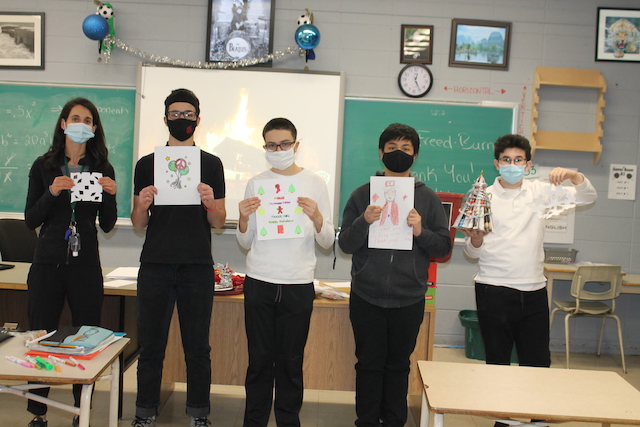