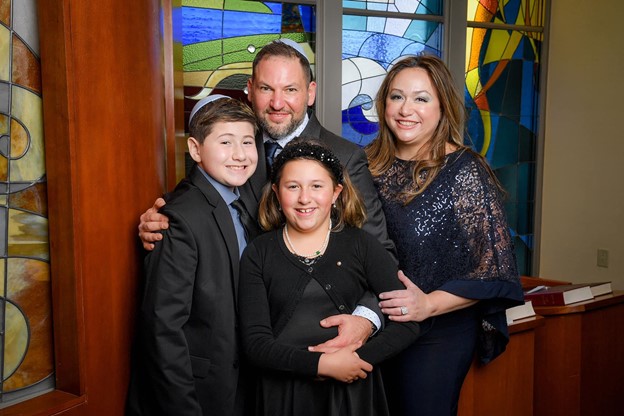 Venture capitalist and start up enthusiast, mother, and engaged parent governance volunteer, Katherine Korakakis wears many hats. She will be adding yet another after being elected Chair of the English Montreal School Board Parents Committee (EMSBPC) recently.

Ms. Korakakis considers her many roles in parent governance over the years as passion projects, of which chair of the EMSBPC will now be included. “I see myself as somebody who can bring the voice of parents to the forefront,” she said. “It’s such an important voice. I don’t take that role lightly.”

Ms. Korakakis first got involved six years ago when the eldest of her two children enrolled in an EMSB school. Her son Nathan, 14, attends Westmount High and her youngest, Bella, 11, is a student at Hampstead Elementary.

Ms. Korakakis’s participation was initially motivated by a desire to make a difference for children in her community through the education system. She says she witnessed first-hand the difference it made in her son’s life after he was transferred to an English school that offered a nurturing educational environment with plenty of helpful programs. What has kept her engaged is the opportunity to advocate for parents’ rights and minority rights.

Juggling various responsibilities throughout that time, Ms. Korakakis has held positions including Governing Board Chair, Chair of the Parent Participation Organization and President of the English Parents’ Committee Association.  That experience has informed her vision for her tenure as EMSBPC Chair. “What I’m hoping to achieve is to instill parent training before we are consulted on various issues,” she said.

That training would be administered to parents by experts who can clearly explain the subject matter related to decisions for forthcoming meetings. It would also help parents understand why the consultation matters and what their responsibilities are in those consultations.  It's a process intended to have a positive feedback effect. “Once you train parents, they become able to train others because then you’re creating capacity,” Ms. Korakakis said. “They become change-makers.” She also hopes to encourage more parents to become involved, saying they possess untapped power with the ability to change things for the better.”

In her free time, Ms. Korakakis enjoys watching her daughter compete in equestrian show jumping and getting lost in whichever new book she’s reading that week. Anything from fiction novels wherein the main character faces a vampiric threat to the latest business book that informs her day job as an investor piques her interest. She finds time for these pleasures in between the approximately 30-hours of volunteer work she puts into parent governance each week.

Ms. Korakakis said while people don’t need to be as involved in parent governance as she is, she hopes each parent knows the power they have and that a little goes a long way. “I don’t think that we should see obstacles in our path, but opportunities.”

EMSB Chair Joe Ortona and Director General Nick Katalifos wish to congratulate Ms. Korakakis on her election and look forward to working with her committee.

With a youth and adult sector population of more than 35,000 students, the English Montreal School Board (EMSB) is the largest English public school board in Quebec. Established on July 1, 1998, when the province created new boards along linguistic lines, the EMSB network consists of 77 schools and centres. For more details, visit the EMSB website at www.emsb.qc.ca.